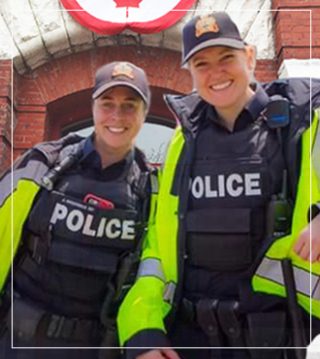 Human Trafficking – What is happening in our own backyard.

Acting Sergeant Janice MacDonald graduated with a Bachelor of Social Sciences degree in the field of Criminology and Criminal Justice with specialization in Law in 2004 from Carleton University.  In 2005 Janice returned to Northumberland County, at which time she completed her Correctional Worker diploma, from Loyalist College.  Upon completion of her diploma, Janice was hired by Correctional Service of Canada, where she worked in a federal institution delivering service programs to inmates.  In 2010, Janice became involved with working with at risk youth in Quinte West where she was employed by Trent Community Correctional Committee before being hired with the Cobourg Police Service in January of 2012. Janice moved from her front line work with the Cobourg Police Service to work as an investigator with the Cobourg Police Service Criminal Investigations Branch where she began working in the area of Human Trafficking. Janice has worked closely with Durham Regional Police Service’s Human Trafficking Unit. In partnership with Community Service providers  Janice was instrumental in the development of the Northumberland County Human Trafficking  Response Committee.  Janice assisted in co-authoring an  Civil Remedies Grant which was successfully awarded and resulted in the hiring of the first Human Trafficking coordinator in Northumberland County.  Janice has also assisted in leading a response team in Project Northern Spot Light an international innovative which strives to identify and assist victims of Human Trafficking.