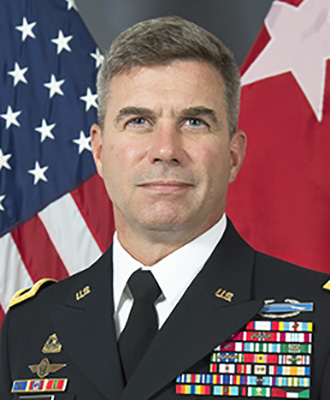 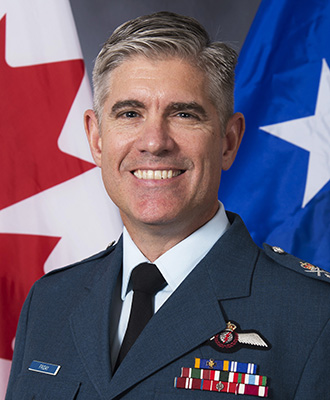 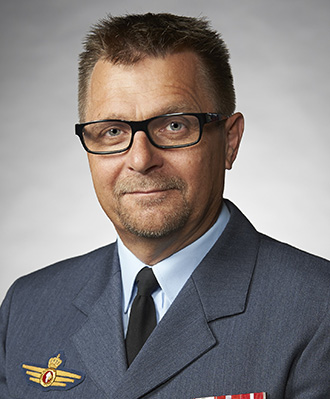 “The Military’s Role in Peace Building and Conflict Resolution”

Military leaders from Canada, United States and Denmark take to the stage in a live panel discussion on peace building and conflict resolution, from the military’s perspective.  What are the world’s issues on peace and conflict, and how can the military help?

Christopher J. Sharpsten is the Director of Logistics and Engineering for United States Central Command and is a Major-General in the United States Army.  In the past ten years, he has been engaged in multiple operations dedicated to achieving peace and security in some of the world’s most challenging conflicts.  His recent appointments include Director of Sustainment for Operation Inherent Resolve in Iraq; Commanding General of the Third Sustainment Brigade in Fort Bragg; Director of Logistics Operations and Readiness for the office of the Deputy Chief of Staff, United States Army; and Executive Officer to the Commander, United States Transportation Command.

Sean G. Friday and is a Major-General in the Royal Canadian Air Force.  He has flown over 3500 hours on the C130 Hercules in peace support and humanitarian assistance operations, including humanitarian relief operations in Ethiopia and Somalia, peace support missions Bosnia-Herzegovina, and reinforcement of United Nations mandates in Iraq and in Afghanistan.  He has commanded 435 Transport and Rescue Squadron; Joint Task Force Afghanistan’s Theatre Support Element; 8 Wing – Trenton; and was appointed Commandant and Vice-Chancellor at the Royal Military College of Canada.  He is currently Vice Director of Logistics and Engineering at United States Central Command.  As such, he is part of the executive leadership team directing U.S. and international coalition logistics and engineering efforts throughout 20 Middle East, African and South Asian countries, promoting cooperation among nations, responding to crises and deterring trans-regional aggression.

Henrik Larsen is the Chairman of the Coalition, Head of the Danish Liaison Element to United States Central Command and is a Brigadier-General in the Royal Danish Air Force.  He has held multiple senior and Command positions directly supporting reconciliation efforts of partner nations, the United Nations, and NATO including Commanding Officer of the Air Force Training Centre and Division Head of Joint Operations at Defence Command in Denmark. As senior Military Advisor to the United Nations Assistance Mission in Afghanistan, he helped the people of Afghanistan lay the foundations for sustainable peace and development.  He is currently directing the Danish Liaison Element as part of the United States Central Command Coalition, whose work includes promoting peace and stability in the Central Command area of responsibility.  His leadership and coordination actions on behalf of Denmark contribute directly to international coalition efforts to address destabilizing issues in the Middle East region and around the world.